The all-inclusive family festival is set to attract thousands of music revellers to the region.

Chase Park’s line-up will feature its most eclectic line-up of established, emerging and disabled artists to date.

Irish rock legends Ash have been confirmed to perform at the fifth annual Chase Park Festival in Gateshead this summer along with some of the nation’s finest established and emerging talent.

The announcement of the festival’s most ambitious line-up to date will come as a shot in the arm to the region’s summer festival circuit and music lovers after it was revealed that time has been called on both Sunderland’s celebrated SPLIT Festival and the Stockton Weekender.

Pop-punk rockers Ash – who’s legendary album 1977 was named as one of the NME’s 500 greatest albums of all time – can’t wait to headline the event and will perform songs from their newly released album Kablammo! as well as classics from their illustrious career.

Chief vocalist and guitarist, Tim Wheeler, said: “We’re really excited to be playing in the North East again. We’ve never had the pleasure of playing a big festival up there unless you count the minimum wage gig we did in 1999 at the Metro Radio Arena in Newcastle. We should do one soon for a living wage! This event will be special. Bring on Chase Park 2015!” 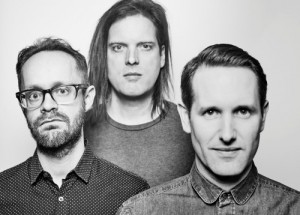 Chase Park Festival was awarded the esteemed Gold level of Attitude is Everything’s Charter of Best Practice, one of only three festivals nationwide to receive the accolade, putting Chase Park alongside Glastonbury and Liberty Festival.

The award recognises Chase Park’s wide range of access facilities and inclusive initiatives that the festival has embraced in welcoming deaf and disabled audiences, artists and volunteers.

Chase Park’s Festival Organiser Alistair McDonald has said Chase Park Festival wants to build on the legacy of the region’s strong festival offering and hopes to showcase the event this year as a genuine player in the national music calendar.

He said: “We have an amazing line-up and I think anyone who is a music fan will have a great time. The event will also to appeal to people with disability as we have a range of provisions in place.

“Chase Park has great music, food, beer, fantastic green surroundings and all of the ingredients that makes an amazing festival. It also has a unique atmosphere that you simply don’t get anywhere else. The feeling of community and togetherness that you get from an event that doesn’t have any barriers genuinely gives festival goers at Chase Park a totally uplifting and amazing experience.

“Achieving Gold Standard from Attitude is Everything is an amazing achievement and to be mentioned in the same breath as Glastonbury and Liberty Festival is something else. This should also give smaller festivals the confidence that they can achieve a fully-inclusive and superb event like ours.”

The festival, which is organised by North East care specialists Keiro, will also feature a second stage to give disabled artists an opportunity to perform in front of a festival audience.

Rob Ottaway, Project Officer in Soundscapes Music Studio, at the Percy Hedley Foundation, who partners the event, explains: “We’re proud to support Chase Park Festival. It’s the perfect festival for our service users to attend, in terms of disabled access and onsite facilities. It also gives them a platform to showcase their own talents onstage, alongside established acts.

“The event boasts superb facilities and excellent disabled access on site and allows our acts to experience the sheer thrill of playing their music in front of a large passionate crowd.”

Keiro has said it is delighted to re-established a much loved North East musical gathering, following funding from the Arts Council.

And Jane Tarr, Director North, Arts Council England, explains: “I am pleased that we have funded Gateshead’s Chase Park Festival through our National Lottery funded Grants for the Arts programme. As an accessible festival, it’s a great platform for developing new talent and emerging, disabled artists.

“It contributes strongly to the Creative Case for Diversity and for people thinking of going along, there’s a fascinating range of work to see.”

Gates to Chase Park Festival 2015 will open at midday on Saturday 8th August 2015 and the event will close at 9pm.

For more information and to buy tickets visit: http://bit.ly/ChasePark

Meanwhile partners Irwin Mitchell, a national leading law firm, believes Chase Park Festival 2015 will be one of the highlight events of the summer in the region.

“It is great that the Chase Park Festival is on the doorstep here in the North East of England. For many disabled people, travelling long distances can be a problem and can also be expensive so this fantastic festival provides an opportunity to see live acts which many disabled people might not ordinarily have,” added solicitor John Davis.

For a full festival line-up and information visit www.keirogroup.co.uk/chase-park-festival-2015

Chase Park Festival is a ten-minute drive from Newcastle City Centre, is accessible from all major transport routes and will be located on Chase Park in Whickham, Gateshead.Tickets are on sale now, priced at £10 for family tickets and £6 for general admission.

They can be purchased online via See Tickets: http://bit.ly/ChasePark orhttp://www.seetickets.com/event/chase-park-festival/chase-park/882189/ and physical tickets are now available at the O2 academy in Newcastle.

The event is free for people with disability and their carers and registration can be completed by visiting www.keirogroup.co.uk.

Chase Park Festival is part funded by Arts Council England and supported by The Percy Hedley Foundation and Irwin Mitchell.

We use cookies on our website to give you the most relevant experience by remembering your preferences and repeat visits. By clicking “Accept All”, you consent to the use of ALL the cookies. However, you may visit "Cookie Settings" to provide a controlled consent.
Cookie SettingsAccept All
Manage consent

This website uses cookies to improve your experience while you navigate through the website. Out of these, the cookies that are categorized as necessary are stored on your browser as they are essential for the working of basic functionalities of the website. We also use third-party cookies that help us analyze and understand how you use this website. These cookies will be stored in your browser only with your consent. You also have the option to opt-out of these cookies. But opting out of some of these cookies may affect your browsing experience.
Necessary Always Enabled
Necessary cookies are absolutely essential for the website to function properly. These cookies ensure basic functionalities and security features of the website, anonymously.
Functional
Functional cookies help to perform certain functionalities like sharing the content of the website on social media platforms, collect feedbacks, and other third-party features.
Performance
Performance cookies are used to understand and analyze the key performance indexes of the website which helps in delivering a better user experience for the visitors.
Analytics
Analytical cookies are used to understand how visitors interact with the website. These cookies help provide information on metrics the number of visitors, bounce rate, traffic source, etc.
Advertisement
Advertisement cookies are used to provide visitors with relevant ads and marketing campaigns. These cookies track visitors across websites and collect information to provide customized ads.
Others
Other uncategorized cookies are those that are being analyzed and have not been classified into a category as yet.
SAVE & ACCEPT